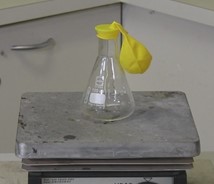 Two practical activities relating to conduction and convection.
Heat Conduction Through Metals
Convection Currents in Air and Water
Snake Template (for the Convection prac.)
They are best done in conjunction with the video
Shedding Light on Heat Episode 5: Heat Transfer.

How to Conduct an Investigation
Heat and Sound Investigation Ideas
Conducting experiments and investigations obviously plays a huge part in scientific endeavour. The first sheet sets out the basics of what a good experiment is like and what the write-up should contain. The second sheet gives students and teachers some ideas for investigations that they can conduct whether they’re at home or at school.

How does changing the amount of water in a beaker affect the rate at which its temperature rises? A simple experiment in which students heat two different amounts of water and measure the temperature rise. Heat energy and temperature are related, but they aren’t the same thing! 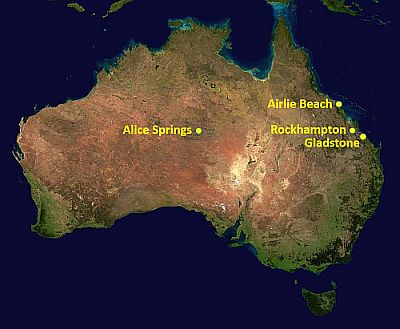 This is partly the reason that inland areas far away from the ocean, like Alice Springs in central Australia for example, can reach a top temperature of more than 20°C above the overnight minimum, whereas areas near the ocean don’t fluctuate in temperature anywhere near as much on any given day. The ocean water absorbs energy during the day, but its temperature doesn’t rise all that quickly, and so the surrounding air also doesn’t change all that much on any given day. Towns like Gladstone and Rockhampton, which are at about the same latitude as Alice Springs (and the beautiful Airlie Beach just a little further north) may only go from 22°C to 30°C on any given day. 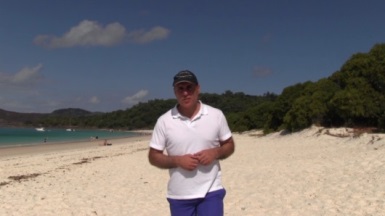 That’s Spiro on a shoot at the magnificent Whitehaven Beach, Whitsunday Island, Queensland (just off the coast from Airlie Beach). LEM were there shooting part of the Shedding Light on Light series, which in part covers electromagnetic waves and heat radiation.

Determination of the Specific Heat Capacity of Water.

The layout of this prac makes it easy for students to calculate the specific heat capacity of water. My students typically find a value that is within 10% of the accepted value.

4. The Coriolis Effect (and Tropical Cyclones)

5. Land and Ocean (and their Effect on Climate)