“How do we know about atoms if we can’t actually see them?”

This is probably the most common question students ask when they study chemistry.
The 8-part Shedding Light on Atoms series brilliantly answers this question as well as many more.

And not just covered… but covered brilliantly!!!

Your students will get so much more out of Chemistry if they learn about it in more or the less the same order that humanity did!!

So, if your Year 9 and 10 students are struggling to “get” Chemistry by wading through text and still images in a text book, then check out the Shedding Light on Atoms series.

If you have ClickView, watch the series here.

If you have Learn360, watch the series here.

If you have Films on Demand, watch the series here.

If you have Classroom Video, watch the series here.

Most of our videos are also available on SAFARI Montage. Just log in and do a quick search.

Don’t have these services? Rent or buy digital copies via Vimeo on Demand. 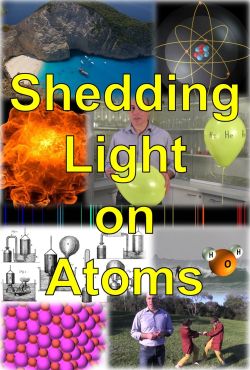 Simply join Vimeo and you’ll be watching in no time!!
Stream anywhere, stream anytime, stream on any device…

(Prices in Australian dollars. For non-Australians, prices will depend on exchange rates.)

Prefer DVDs?
You can order DVD copies directly from us with a credit card or a purchase order! Individual programs are only $49.99 AUD each. However…

HUGE SAVINGS are available if you buy multiple programs.

Go to the Orders page for all the details.